The Tryggve project is underway

On 21 and 22 October 2014, project leader Antti Pursula hosted the kick-off conference for the Tryggve project at the Technical University of Denmark. 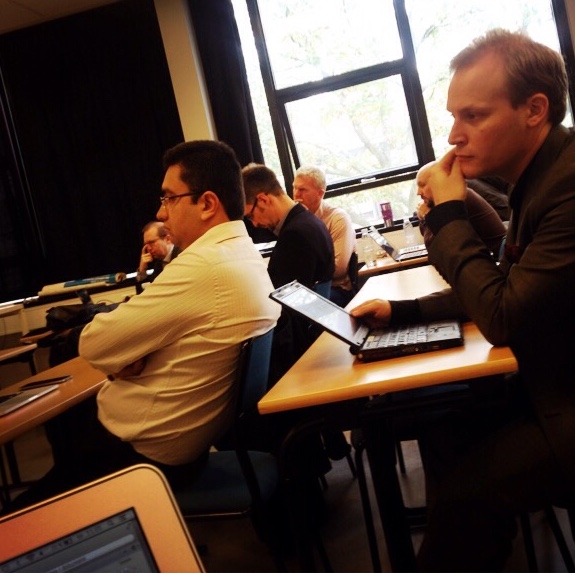 The Tryggve project will create a platform enabling researchers in the Nordic countries to share and analyze sensitive biomedical data while at the same time ensuring these data cannot be misused.

The idea behind the Tryggve project is to strengthen and develop biomedical research by creating a sound e-infrastructure framework. The Nordic e-Infrastructure Collaboration (NeIC) recognised that researchers had a need in this area when it received last year’s Letters of Interest (link). Letters of Interest are an instrument used by NeIC to find out what types of e-infrastructure researchers feel they are lacking, and many of the letters identified biomedicine as an area in need of development.

Secure storage and sharing of data

Project leader Antti Pursula welcomed over 20 participants from throughout the Nordic region. These included most of the 8.6 full-time person-years who are the active project participants, while the remainder are members of the reference group that will follow up the project and ensure that it stays on course and maintains a high scientific level. The Tryggve project will receive funding of about NOK 25 million over the next three years from NeIC and the ELIXIR nodes in Denmark, Finland, Norway and Sweden.

There are over three million European researchers in the life sciences. This is according to Bengt Persson, Director of BILS (Bioinformatics Infrastructure for Life Sciences), which is the Swedish ELIXIR node. He highlighted the project’s potential and expressed his wish that one day researchers will be able to access the sensitive data they need for their work just as easily as flipping a light switch. 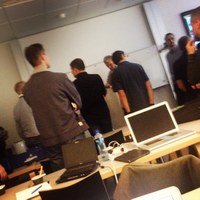 The two-day conference focused on a discussion of the scientific challenges and objectives. Time was also spent discussing how to work together optimally when most participants are spending 50 per cent or less of their total work time on the Tryggve project and they are spread throughout the Nordic region and in various organisations as well. Good routines and clear communication are called for to ensure that all the participants can stay apprised of what their colleagues have achieved and what is expected of everyone. Colleagues working in a virtual environment cannot meet at the water cooler to talk about how to move forward with a problem. They have to send emails to each other instead, which makes the cooperation a little more formal and laborious. By the same token, it also becomes more structured and it is easier to follow how the project is developing.

Gudmund Høst, Director of NeIC, wished all the participants success in their endeavours and urged them to get started: “We have everything we need to succeed – if anyone can do it, it will be here in the Nordic region where we have the right people and the ideal number of partners and where we have a great deal in common. It is some of you here in this room who will discover the new solutions, who will take biomedical research to the next level.”

Antti Pursula has planned project meetings in January and May 2015 in connection with NeIC All Hands and the NeIC 2015 conference.

More about the Tryggve project