Dates announced for the NeIC 2017 Conference 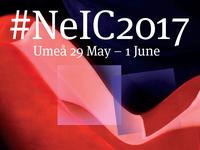 Twice before, in May 2013 in Trondheim and May 2015 in Espoo, NeIC has hosted a big bi-annual conference to gather the Nordic e-infrastructure community to discuss and prepare for the future. Next time, in 2017, the four-day event will take place in Umeå, 29 May – 1 June 2017.

This time, NeIC 2017 will be hosted by NeIC and SNIC, and organized as a collaboration between CSC, DeIC, NeIC, NORDUnet, RHnet, SNIC and UNINETT Sigma2.