At its meeting on 16 March, the NeIC Board agreed to extend the Tryggve collaboration into a new three-year project – Tryggve2. The plan is to launch Tryggve2 on 21 October 2017, directly following the current project period. 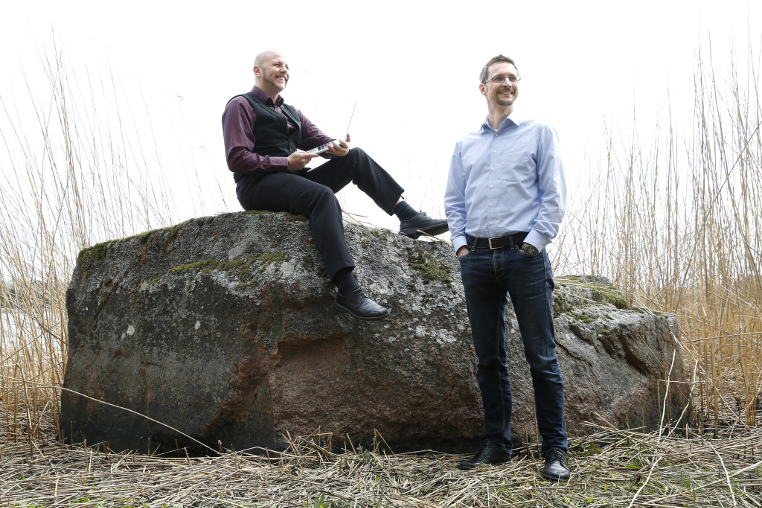 The governing partners of Tryggve2 are NeIC and the ELIXIR Nodes in Denmark, Finland, Norway and Sweden. Tryggve2 will incorporate a staff of 16 full-time equivalents, and will thus comprise a major increase in Nordic efforts within the e-infrastructure for sensitive data. In agreement with the partners, NeIC has appointed Antti Pursula (CSC) as the Project Manager for Tryggve2.

The project management team will be strengthened with Joel Hedlund (NSC) as Scientific Manager and two currently unassigned sub-project leads.

“Tryggve has been very important”

Hundreds of Nordic research groups and projects are already making use of data sharing systems that have been developed with assistance from NeIC’s Tryggve project, which is seeking to design a secure system for sharing biomedical data between institutions and across borders.

Tryggve has focused on biomedical research, which is all about finding the causes for disease, diagnosing diseases and curing them. Researchers in this area must often gather massive amounts of data from large population groups, and these data are sensitive because they contain genetic data as well as information about the health of individual persons. Their use is regulated by strict national and international provisions on privacy, but is also restricted by some unnecessary practical and organisational hurdles for researchers in need of access.

“Tryggve has been very important for us when it comes to solving challenges in the handling of sensitive data,” says Professor Inge Jonassen at the University of Bergen (UiB). He is a member of Tryggve’s steering group and the head of the Norwegian node of ELIXIR, an intergovernmental organisation that brings together life science resources from across Europe. These resources include databases, software tools, training materials, cloud platforms and supercomputers.

“My opinion is that Tryggve has strengthened both the Nordic cooperation between researchers and the joint Nordic competitiveness towards the rest of Europe in this field. Tryggve has gained a lot of attention from the whole European ELIXIR organisation because the project has contributed to solving challenges that are common for all research on biomedical data,” Professor Jonassen adds. He is also the leader of the Computational Biology Unit at the Department of Informatics at UiB.

“When Tryggve2 concludes in 2020, my hope is that we will have developed even better solutions than we have today, with a larger portfolio of projects that allows Nordic researchers to utilise our Nordic biobanks and health registries much more effectively,” he says.

Professor Jonassen points out that the whole purpose of making the samples and data from biobanks and health registries more accessible is to improve public health.

“The right to privacy and the protection of personal genomic data is of course very important, but these considerations must be balanced against the health benefits that may result from this research. Maybe the balance today is leaning too much towards the privacy issues,” he concludes.

A vote of confidence

“I am very happy about this decision, because it shows that our national partners and stakeholders have been satisfied with the results from this Nordic collaboration. It is a vote of confidence that they found Tryggve so useful that they wanted to continue the project into Tryggve2 and invest more in it,” says Tryggve2 Project Manager Antti Pursula.

“In the continued project, we are going to develop the services from Tryggve even further and make them more available for researchers. We will also try to support several high-level use cases, which fall naturally in two groups: Some of the use cases are about developing new or better infrastructure solutions, and the others are more in the line of research use cases,” explains Pursula.

One of the large use cases in Tryggve 2 is about developing ways for researchers to safely use Nordic secure cloud capacities across the borders. In another use case, Tryggve2 is co-developing a new data archive for Danish biobanks and a more specific Nordic data archive for colorectal cancer.

“Biobanks in general hold both biological samples and a lot of digital data that have been extracted from the samples. What would be needed, and what Tryggve2 will start to work on, is a service that allows researchers to search through a common Nordic archive of biobank data to find out what kinds of data are available, where the data is stored, and how they can gain access to the data. This should save researchers a lot of time and money while also saving precious biobank materials, as unnecessary repeats of sequencing analyses can be avoided. Instead the researchers can start their research immediately.”

Tryggve2 is also aiming to develop a safe system for transnational transfer of sensitive data from biological samples.

“To give an example: Today, Finnish researchers sometimes send biological samples to Swedish institutions, to have them analysed for data that later is sent back to Finland. But up to now, researchers had to decide each time how to send these data in a safe way. We want to develop a service that will allow the transfer of data through a secure service that is easily accessible to the end users. Researchers shouldn’t have to be IT experts with advanced knowledge about encryption to send data between institutions”, Pursula explains.

The new Tryggve2 Scientific Manager, Joel Hedlund, explains that he will have a more outward facing role in the new project, as the chair of the project’s reference group. This is the project’s formal stakeholder engagement forum, where recipients of results and other key stakeholders work to keep requirement specifications up to date, coordinate outreach, and evaluate results from the project. Among other things, Hedlund will be responsible for use case development and collaboration with stakeholder organisations to facilitate uptake of results, and to identify and propose business change activities to maximise stakeholder benefit realisation.

“Like Antti, I am of course very happy about the vote of confidence that the continuation into Tryggve2 implies. The importance of this decision shows clearly in the sort of stakeholders we have: They are researchers and institutions who receive the results from this collaboration and depend on them for their operations,” says Hedlund.