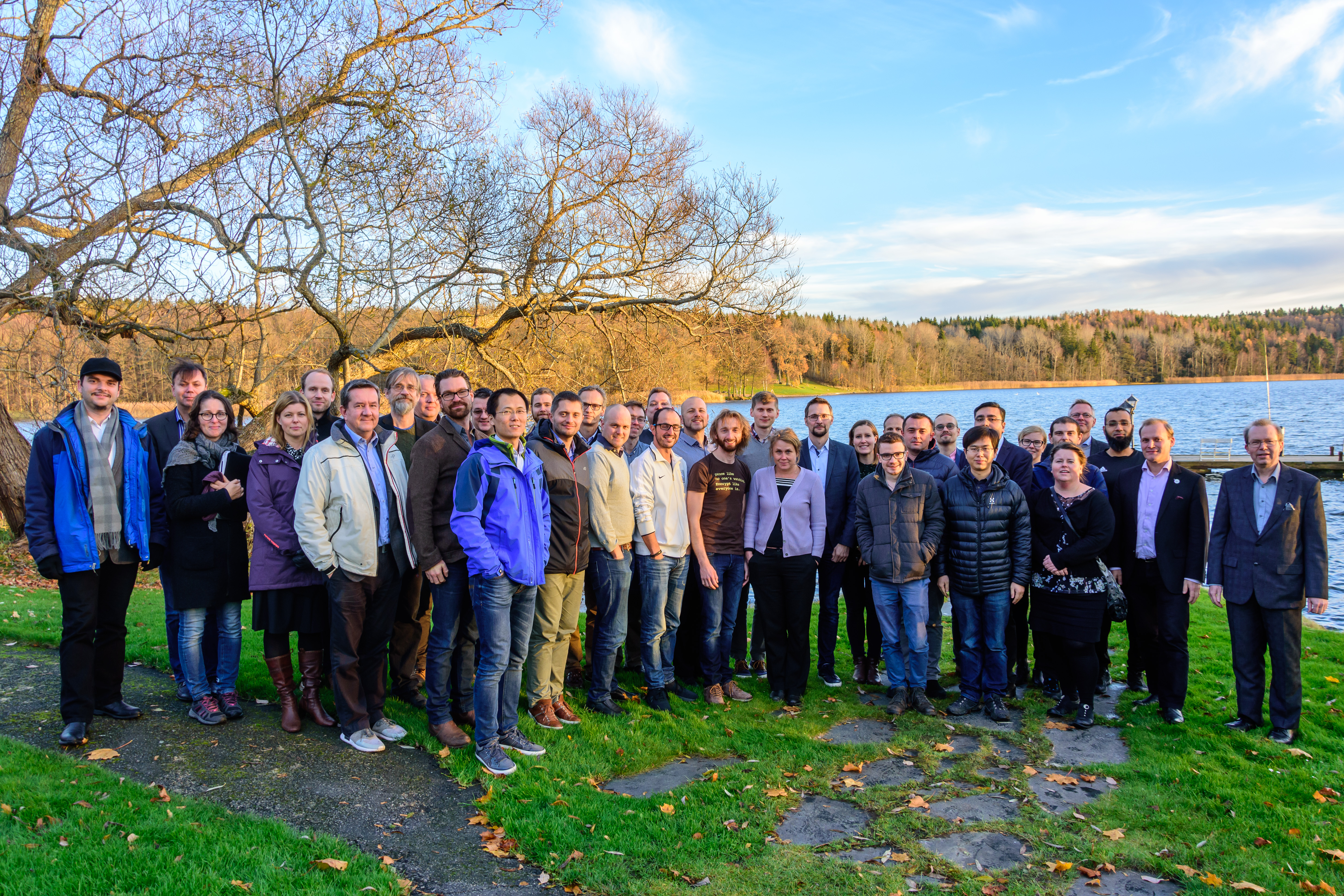 The second term of Nordic Tryggve collaboration on cross-border services for sensitive biomedical research data – Tryggve2 – was officially launched in Stockholm on 7–8 November, 2017. Almost 40 participants from project team, use cases and steering group contributed to planning and discussing the future activities of Tryggve project. The partners of Tryggve2 are the Nordic e-Infrastructure Collaboration NeIC and the distributed infrastructure for life-science information ELIXIR Nodes in Denmark, Finland, Norway and Sweden.

During the kick-off, the Nordic ELIXIR Nodes presented their views and proposals for Tryggve activities. It was stated that the Nordics are pioneers in managing and processing sensitive research data, and Tryggve plays a key role in this area. In addition, leaders of Tryggve’s different activities presented the plans and ideas for future development. During the first day, Tryggve’s use cases also presented their results and views on how Tryggve could further support their research.

– The kickoff was historic for NeIC in the sense that Tryggve2 is now our largest single activity. I am excited to see the interest both from our partners and from the science communities. Building on the solid Tryggve team I expect to see a major boost in the capabilities to do Nordic biomedical research, says Gudmund Høst, Director of NeIC.

Tryggve2 is about developing state-of-the-art scalable infrastructure for safe, efficient, ethical, and legal storage, analysis and sharing of sensitive personal data for biomedical research between countries. The project supports secure and responsible data access processes by engaging with the key stakeholders from Nordic countries. It will contribute to facilitating automated cross-border sample and data movements complying with the Nordic legal framework, with an ambition to scale to Europe and beyond. The project continues to work on developing use of secure cloud capabilities and cross-border data transfers.

– In the Tryggve2 project, we aim to develop and facilitate access to secure e-infrastructure suitable for conducting large cross-border research studies on sensitive data. We have also a program for supporting Nordic use cases in their use of the services, says Tryggve2 Project Manager Antti Pursula.

The project volume and ambition has grown significantly from the first Tryggve project, being now ca. 6 M€ total. Also the effort on coordination and management has been increased by strengthening management team with scientific manager Joel Hedlund (NSC, Sweden) and sub-project managers Ali Syed (DTU, Denmark) and Abdulrahman Azab (UiO, Norway) together with the project manager Antti Pursula (CSC, Finland).

Support for use cases

Tryggve has focused on supporting biomedical research which aims at finding the causes for diseases as well as diagnosing and curing them. Researchers in this field must often gather massive amounts of data from large population groups. These data are also sensitive because they contain genetic data as well as information about the health of an individual person.

Tryggve2 will provide concrete support for biomedical research by supporting Nordic research studies that utilize sensitive data in studying for example genetic and environmental risk factors, precision medicine or biomarkers to disease. Some of the use cases are aimed for establishing Nordic services for research, such as a databank or transfer of sequencing data. These cases have potential to facilitate wider use of valuable data collections securely in research.