The I-SCAN study as a Tryggve use case 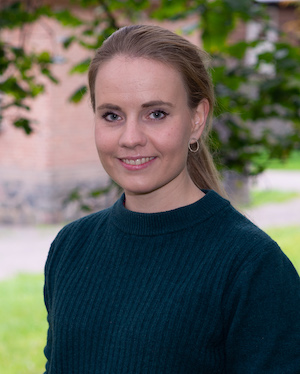 I-SCAN is a study exploring the risk of cancer in patients with inflammatory bowel disease. Generally, there has been a belief that patients with IBD have an increased risk of cancer, but studies have shown that for many patients it may not be increased at all. The collaborative project, with the help of Tryggve, takes advantage of the Nordic registries and aims to give updated and valid estimates of cancer risk in IBD.

The study is part of the Tryggve use case programme. In order to learn more about it, we asked the I-SCAN researcher Lise M. Helsingen from the University of Oslo to tell us what the study is about.

A study that aims to reduce unnecessary clinical measures

I-SCAN stands for Inflammatory bowel disease - Scandinavian CANcer in IBD study. I-SCAN is a study exploring the risk of cancer in patients with inflammatory bowel disease, IBD, which is a chronic disease that often starts at a young age. IBD causes inflammatory changes in the gastrointestinal tract, and the most common symptoms are abdominal pain and bloody diarrhea. The disease can be very debilitating for the individual. Due to chronic inflammation of the gut, there has been a general belief that these patients have an increased risk of cancer, especially cancer of the large bowel.

Due to the perceived high cancer risk, these patients are often recommended regular colonoscopy surveillance, i.e. every three years. However, when critically reviewing the available evidence, it has been found that the cancer risk in IBD is uncertain, and for many IBD patients it may not be increased at all.

“The I-SCAN study aims to give updated and valid estimates of cancer risk in IBD. We don’t know if IBD patients have an increased risk of cancer, but current guidelines recommend regular surveillance with colonoscopy - an invasive procedure which is resource intensive for the health systems and burdensome and sometimes harmful to patients. We also aim to identify risk factors for cancer to enable building and validation of a risk calculator, which in turn can be used at the clinical encounter to help clinicians and patients to individualise follow-up and surveillance”, explains Helsingen.

The study from a Nordic perspective

The I-SCAN study is led by Professor Mette Kalager at the University of Oslo, and is a collaborative effort between institutions in three Nordic countries: Clinical Effectiveness Research Group at the University of Oslo in Norway; Karolinska Institutet in Stockholm, Sweden; the Center for Clinical Research and Prevention at Bispebjerg and Frederiksberg Hospital and the Department of Clinical Epidemiology at Aarhus University in Denmark. Helsingen thinks there would be little point in executing the study without collaboration with other countries. “Cancer is our endpoint, and although it might be more prevalent in patients with IBD, it is still rare. Therefore we need a large sample to draw useful conclusions from our study.”

I-SCAN is the largest study on IBD and cancer worldwide, entailing around 200 000 patients with IBD. As Helsingen states, the large size of patients is a prerequisite for studying rare outcomes such as cancer. The study takes advantage of the Nordic registries which enable them to perform a population-based study, which is important when wanting to generalise their findings to the whole IBD population. “We have also put large efforts in collecting data manually from patient charts - both in order to validate the data we get from the national registries, but also to collect even more detailed data on factors that may influence cancer risk than what we could get from the registries.”

Here is where NeIC’s Tryggve project comes into the picture. “Tryggve has been a great support in confirming that what we planned to do should be possible - and legal. Tryggve also helped us set up an electronic case report form on the TSD, which we use interchangeably between Norway, Sweden and Denmark for capturing data from patient charts.”

Even with support from Tryggve it has proven to be difficult to get access and permission to collect data from patient charts at all the different health trusts in different countries. In Sweden, it is still an ongoing obstacle, as is sharing of Danish registry data. Initially, Helsingen says, they planned to pool data from all the countries in one large database, which would have been the most flexible and effective solution. Instead they may need to find a solution where the same analyses are performed on Danish data, but the data remains in Denmark.

Benefiting both patients and study partners

People in the Nordic countries benefit from the I-SCAN study because it provides the most valid estimates of cancer risk among patients suffering from IBD. This is important information for both patients and clinicians. “In addition to this, we hope to identify risk factors that put subgroups of the IBD patients into higher and lower risk categories. This will help clinicians tailor their advice regarding therapy and surveillance to the individual. In this way they could offer closer follow-up to patients with higher risks, and less unnecessary follow-up of patients with a low risk.”

For Helsingen, it has been a real learning experience to be a part of such a versatile research study. “I am a medical doctor by training, and before starting this project I was new to research. After three years working on the I-SCAN study I have learnt a lot! Also about things I did not foresee, such as data sharing, the art of research collaboration, GDPR and database management.”

Helsingen’s photo is taken by Anita Aalby, University of Oslo.