The Nordic-Estonian Quantum Quest has begun

In April 2022, a new project kicked off under the NeIC umbrella. NordIQuEst stands for Nordic-Estonian Quantum Computing e-Infrastructure Quest, and its purpose is to build a Nordic ecosystem that combines high-performance computing and quantum computing, connecting the LUMI pre-exascale high-performance computer in Kajaani to quantum computers in Espoo (Helmi) and Gothenburg (QAL 9000). The three-year project will run until 31 May 2025.

A new territory for NeIC

Quantum computing is a type of computing where problems can be solved much faster and much more efficiently than by using classical computing. This is because the technology used is different from classical computers: quantum technology centres around the principles of quantum theory and is able to harness the law of quantum mechanics. In quantum computing, a combination of bits is used to perform computational tasks, and much of the processing power is gained through the ability for bits to be in multiple states at one time.

The NeIC development project as a collaboration model has previously proven to be an efficient tool for trying out structural changes in the research infrastructure field. Both phases of the Glenna project (2014-2016 and 2017-2020) improved Nordic infrastructure related to cloud computing services and helped several other projects in achieving their goals. With NordIQuEst, NeIC is now expanding and working to be as successful in establishing a Nordic-Baltic quantum computing ecosystem.

Even though quantum computing may be a new territory for NeIC, the project members involved in NordIQuEst are experts in the field. The team comes from the seven partner organisations in the project: CHALMERS from Sweden, CSC and VTT from Finland, Technical University of Denmark, University of Tartu from Estonia, and SINTEF and Simula Research Laboratory from Norway. The team had their kick-off meeting before the summer and is now starting to work at full speed.

Having the Nordic and Baltic countries collaborating on quantum computing is beneficial because when it comes to resources, none of them could alone match the bigger countries. The quantum race, as it is called, refers to different countries aiming to “conquer” quantum technology by investing in research and trying to develop the technology more and faster than others to gain the most advantages - scientific, economical and strategic. Currently the field is dominated by huge and wealthy countries such as the U.S. and China, but Europe has also entered the race.

In 2018, the European Commission launched a 10-year European Quantum Flagship initiative to act as the driver of the quantum revolution in Europe. The recently finished ramp-up phase consisted of 24 research and innovation projects focusing on different aspects of quantum technology and computing. Their goal was to “consolidate and expand European scientific leadership and excellence in this research area, to kick-start a competitive European industry in Quantum Technologies and to make Europe a dynamic and attractive region for innovative research, business and investments in this field.” (Source) Roadmaps and work programmes for ion traps and superconducting systems have been formulated during 2022, and early 2023 begins the Quantum Flagship 7-year quest to build and operate globally competitive large-scale quantum processors.

Alberto Lanzanova from CSC - IT Center for Science will start as manager for NordIQuEst from 1 September 2022, replacing Göran Wendin who will step down from his managing role for personal reasons but is still deeply involved in the project activities. 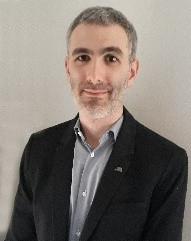 Lanzanova will start at CSC on 1 September as a project manager in the Project Acquisition and Development (PAD) unit. He has valuable experience in leading and implementing international funded projects, as he has carried out project managing roles at a Finnish university for several years. Despite a background in humanities and communication, which will bring a different perspective on the project implementation, Lanzanova has always been interested in ICT and infrastructure projects. This is one of the reasons he joined CSC and NeIC.

– I understand and value the importance of international networks and Nordic collaboration in these areas, and I find the topic of quantum computing truly fascinating. Working in a project such as NordIQuEst will be for sure a challenge and, at the same time, a rewarding experience. I hope to be able to continue the excellent work done by Göran so far and help achieve the project ambition to lay the foundation of a Nordic quantum computing ecosystem. I am looking forward to diving into this enterprise! Lanzanova says.

The project owner working with the project from NeIC’s side is Rob Pennington.